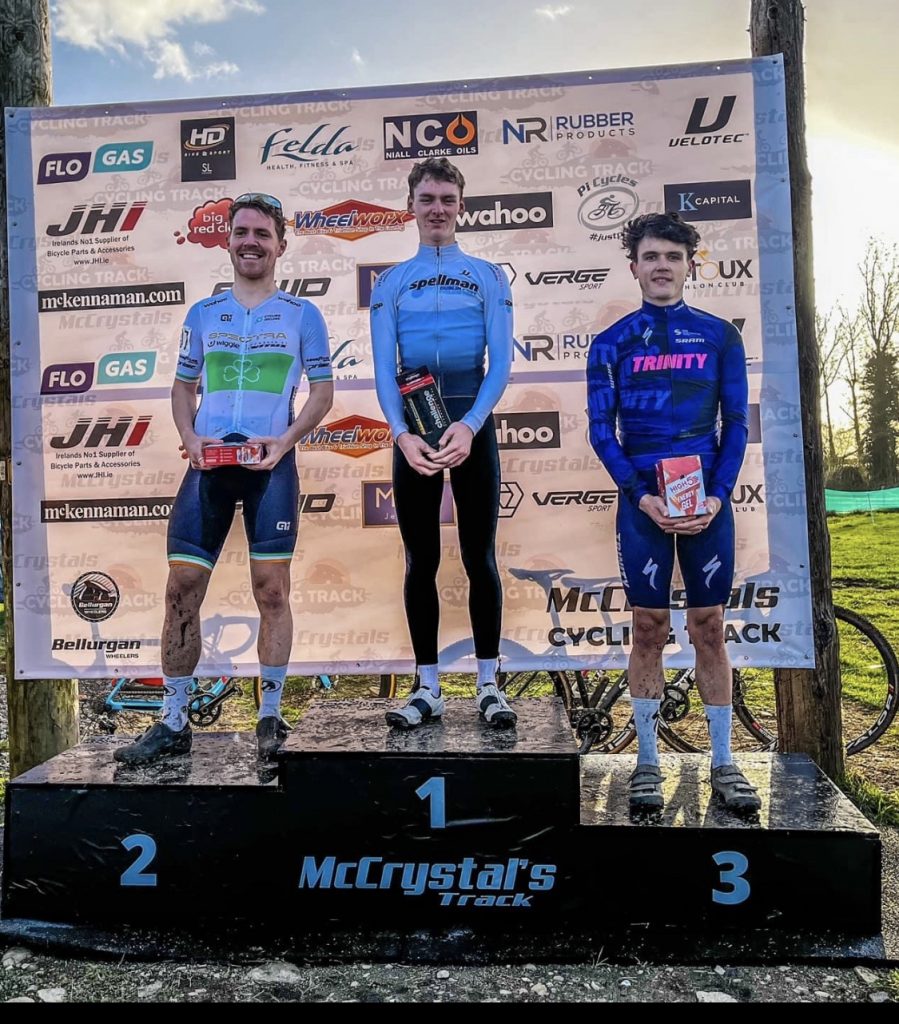 What a fantastic day it turned out to be at our Red Cloud Rd 2 race. This was also part of the Leinster league (rd3).  There was really competitive racing from the youth age groups all the way to the seniors. First, we’d like to thank all the spectators and riders for coming and supporting our race and facility. Seeing the numbers that arrived today makes it all worthwhile. We had huge numbers and we hope to have you back at our next races. Thank you to the Civil Defense, race officials, marshals, sponsors and Paul Joyce for adding to the atmosphere with great commentary . The race really comes together with your help. Special mention to the guys behind the lenses. Please appreciate the time they give to the sport and give them a thank you. Fran, Toby, Damian, and Caroline THANKS!! ( hope I’m not missing anyone)

Now to the racing. We had some keen 6-year-olds in the fun race blasting around and picking up their goodie bags after. In the Under 8s Jaxon Jennings -Orwell was first, Oliver O Sullivan- Orwell  2nd and Oscar Gillick in 3rd. We had 2 girls in the Under 8’s – Tara Callaghan was 1st and Helena Lopes 2nd. Benjamin Cunningham was a clear winner in the boys Under 10s but there was a tight battle behind.  2nd was Jacob Robinson- Bray and 3rd Daniel O Sullivan -Orwell. Grace Foley was our Under 10’s girl winner, with Molly Turner Orwell 2nd and Caroline Collins Sliabh Luachra 3rd.

The Under 12’s were on an extended section of the youth course adding more distance to the lap and incorporating the steps. It was a tough course with plenty of work. James Cunningham Orwell won well in 1st with Rory McCool Square Wheels 2nd and Tomas Connolly Orwell 3rd.  Eire McCrystal was first in the under-12 girls with another hard-fought battle for 2nd and 3rd. Laoise Crinon claimed 2nd and Ciara OConnor rounded out the podium in 3rd.

The U14, 16 and Senior and Junior women were the next race of the day with staggered start times. Conor Murphy Rostrevor MTB won the Under 16 boys with a very strong ride. It wasn’t until the final lap or so the podium was decided. Harry Hobbs- Glendale was a clear 2nd but the battle for 3rd was behind with Darragh Byrne- Gorey sprinting for 3rd from David Gaffney- Dungarvan. Rian McCrystal- Bellurgan was first in the boys under 14, Fionn Crinon – IMBRC was 2nd but again a great battle for 3rd went on with Eoin Davis- Bohermeen claiming 3rd from Conor Regan- Kilcullen.

The girls under 16 had a great race with  Greta Lawless  1st, Rhiannon Dolan 2nd, and Aliyah Rafferty in 3rd. The under-14 girls had good competition with Katie Turner Orwell in 1st, Orla Mulhearne- Carrick in 2nd and Naoise Byrne – Carlow in 3rd.

The women raced along with the juniors raced for 40+ mins. It was a tight race between Grace Young- Velo Revolution and Aine Doherty – Glendale in the opening laps but Grace young showed she is in great form pulling away from Aine. Aine first-year junior still had a very respectable race finishing in 2nd and Grace claiming victory. The final podium spot was up for grabs and it was a battle between 3 girls. Team Giant duo Leah McCarty and Niamh Stephens fought hard with Aoife Reilly on the penultimate lap. But it was Leah that proved the strongest taking bronze. 1st unplaced master was Heather Foley-Yeats Country CC

The B race had plenty of guys on the line. It was a race to see who could get to the downhill switchbacks first. There was a little bit of carnage in the U sandpit with a couple of expletives being thrown out! But it was all in good fun. The sun came out and it made for some great racing.  It was tight the whole way around behind the top 3. Adrian Carrol – Tullamore was 1st, Sean O Leary-IMBRC was 2nd and in 3rd Bob Hall-un-attached.

The Last race of the day was the A Men. It was good to see Chris McGlinchey- Chain Reaction wearing the  National jersey in attendance. He would be put up to it though with some very accomplished riders starting beside him. And it was Dean Harvey- Spellman that put the race to Chris and rode away on his own after lap 1. Kevin McCambridge- Trinity rounded out the podium in 3rd. First M40 was Glen Kinning- Kinning Cycles. The first M50 was Des Woods- Newry and the first M60 was David Lawless- Team Worc 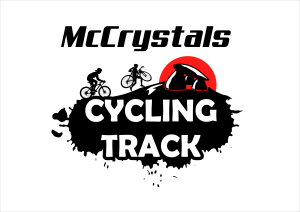